Ukrspetsteplo LLC, which belongs to the group of companies Ukrteplo, operates a network of biomass boiler plants in the following regions: Kyiv, Cherkasy, Chernivtsi, Poltava, Odesa, and Ternopil. Overall, there are 33 boiler plants with a total installed capacity of 40.3 MW.

Along with commercial function, facilities serve an important social impact and supply heating to kindergartens, schools, and hospitals. The main advantage of such boiler plants is that they use local fuels, which usually cost less than gas. Consequently, local authorities spend fewer funds on heating and allocate more resources to their expenditures. Moreover, biofuels provoke the reduction of the consumption of imported gas.

As early as this summer, the company is planning to launch a newly built thermal power plant in Ovruch (Zhytomyr region). It is a green energy facility; the plant will produce electricity from biofuels (woodchips). The investment amounted to over 10 mln euros. 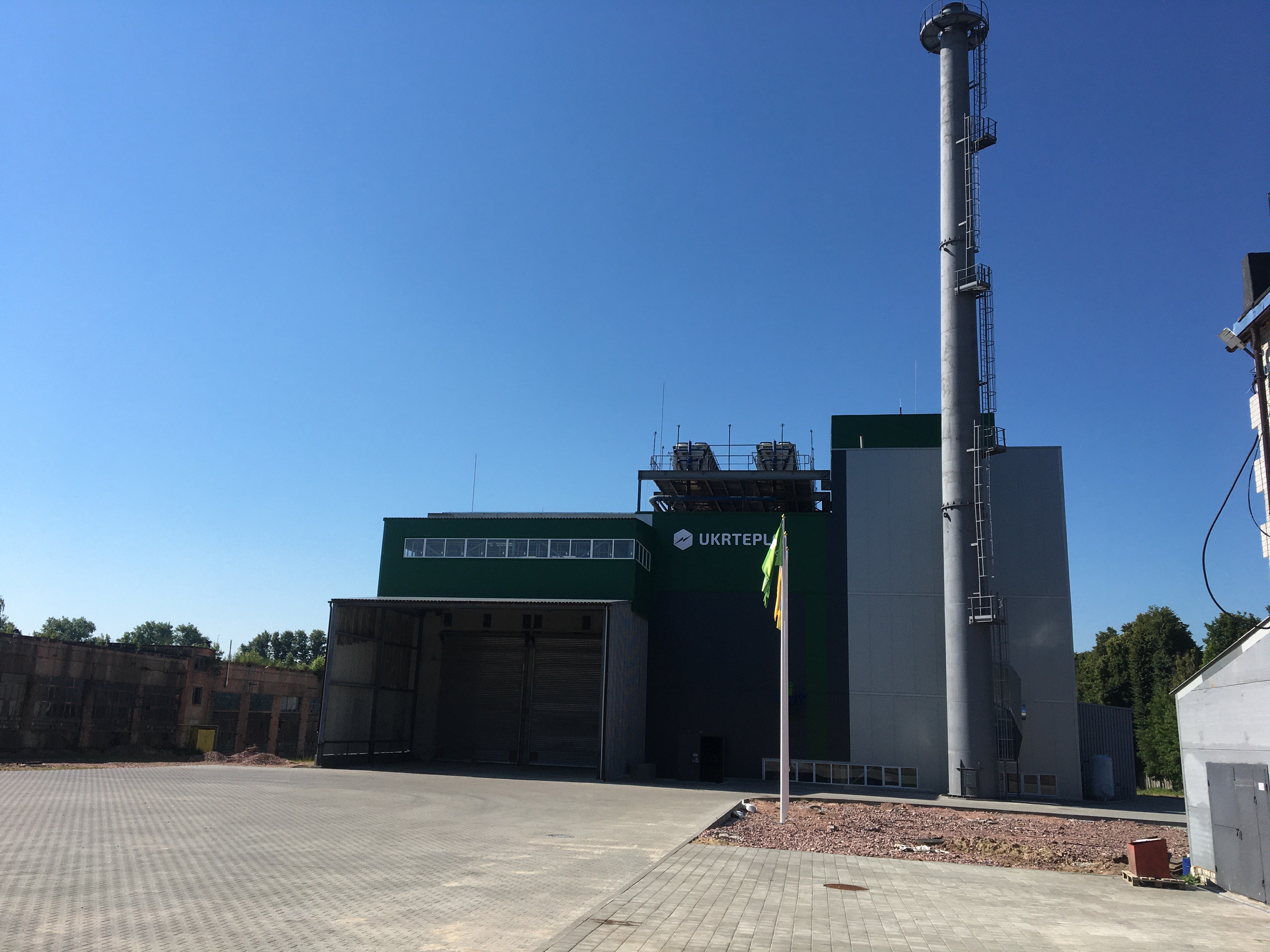 The construction of Polissian TPP costs over 10 million euros. The station meets all modern requirements and standards for facilities of this type.

According to the CEO of Polissian TPP Roman Shved, the plant is climate neutral. The TPP operates on woodchips and is considered neutral in terms of CO2 emissions.

He suggested that Polissian TPP would create new opportunities for the community:

The new TPP is scheduled to start operating in the first half of June.

Intensive pre-commission works such as the technological process of setting up the station’s boiler, in particular, steam flushing of the plant’s systems are currently taking place. After the pre-commission stage is completed, the station will start operating as planned.