The 1,2 MW plant would produce electricity from biogas which comes from the landfill of solid household wastes in the Left Bank District of the city. Over 2 mln euros have been invested in the project. The biogas plant would have a significant economic and social-ecological impact on Mariupol and the region.

Particularly, upon its launch, the risk of fires at the landfill would decrease considerably. Therefore, no dangerous toxic liquids would be emitted into the air. Fewer toxins would accumulate in the soil around the landfill as well. 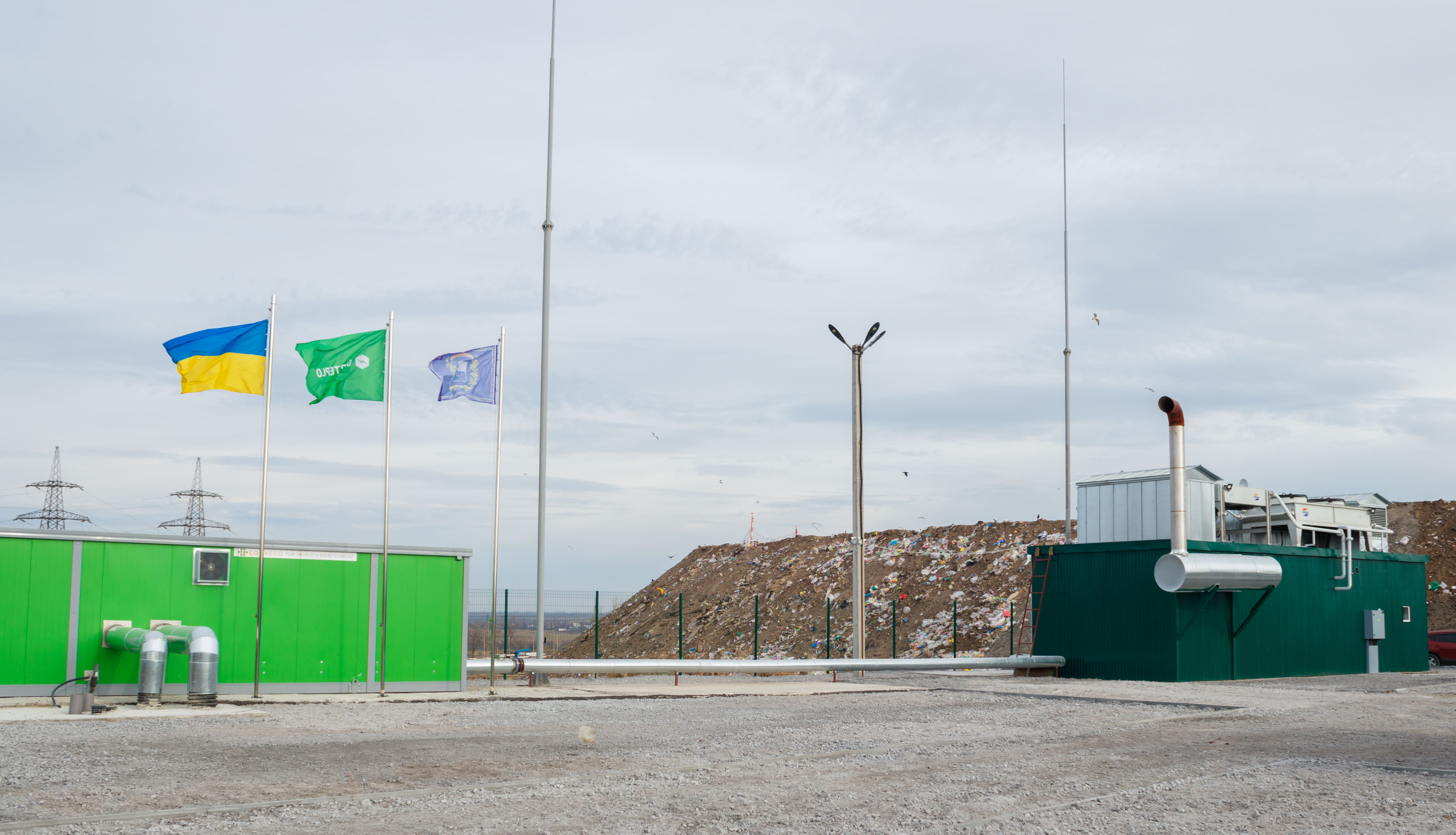 “Ukraine suffers from the garbage. We are in the top ten most polluted countries in the world. Every year there are over 8,5 tons of waste products per Ukrainian and only 3% is recycled. Europeans have learned to address the issue. Producing electricity from household wastes is one of the methods. “That is a typical win-win situation when the investor allocates funds and the benefit goes to the enterprise, the local community, and the whole country”, – mentioned Ivan Nadein, the founder of the Group of Companies Ukrteplo.

According to him, it is the second biogas plant launched by Ukrteplo. The first plant has been running in Rivne since 2017 at the local landfill of solid household wastes. The biogas plant in Rivne annually extracts 3-4 mln cubic meters of biogas from which it produces over 4 mln kWh of electricity.

“We expect significantly bigger numbers in Mariupol. We are currently opening the first line of the plant and the second line would be launched soon. Overall, the facility would annually produce over 10 mln kWh of electricity. Moreover, the launch of the biogas plant would create employment opportunities and generate extra revenue for the city budget”, – emphasized the founder of the Group of Companies Ukrteplo.

The Group of Companies Ukrteplo is one of the market leaders of renewable energy in Ukraine. The company was founded in 2011 and since then successfully implemented over 1 000 projects in 14 regions of Ukraine. The company`s staff is over 1 400 employees. Priority areas of activities: heat production from renewable sources; electricity production from renewable sources (biogas, the sun, hydro); energy plant cultivation. Overall in 2018 Ukrteplo successfully implemented a full range of projects with the overall installed capacity over 30 MW.