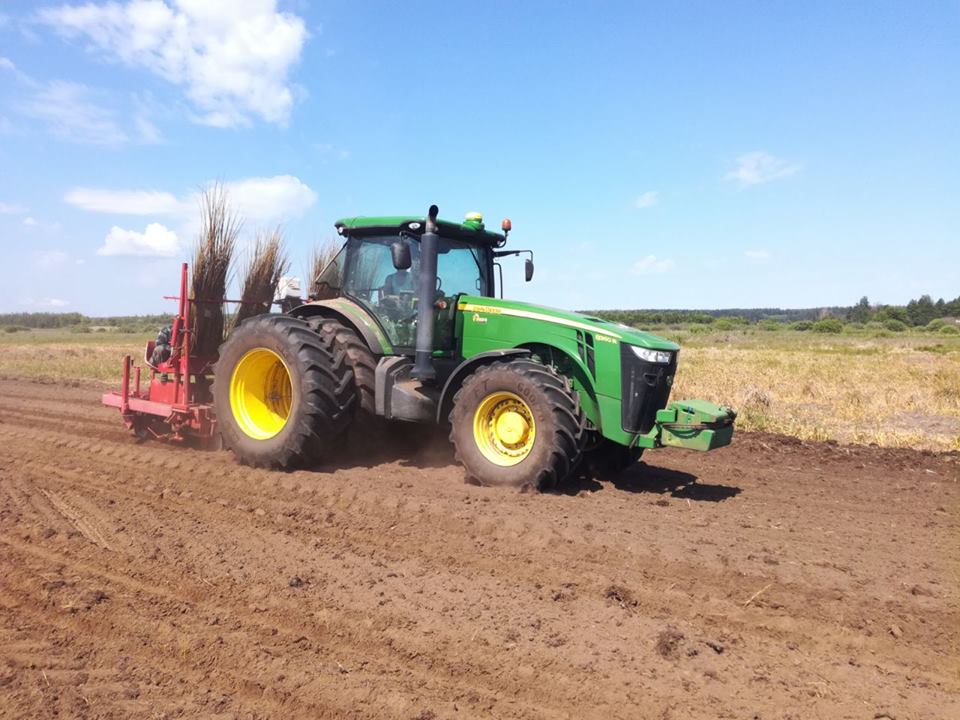 In particular, we have cultivated 12 hectares in Zhytomyr region, near the future bio-CHP. In addition, we have increased the area of queen cell in Kyiv region by 14 hectares. We have planted 3 hectares of energy willow for industrial use in the same place in Kyiv region as well.

We would like to remind that last year our company founded the Center for Cultivation of Energy Willow.

“There are 4 million hectares of marginal land to cultivate energy plants in Ukraine. With the transition to market prices for gas the number of boilers operating on renewable power sources will grow at an exponential rate. The next question then is: where do you find raw material? I consider chips of energy willow chip a great option, because the plant is easy to keep, its cultivation does not require large investments,” noticed Ivan Nadein, the founder of Ukrteplo.He provides an example of European countries, especially Scandinavia, Great Britain, Ireland and Poland, where this type of business is quite popular. Chips of energy willow are mainly used at thermal power plants and private boiler plants for production of heat and hot water.

In Ukraine cultivation of energy willow is in its early stages, however, during the last two years the number of boiler plants operating on renewable sources has increased significantly, that sometimes has resulted in raw material shortage. In particular, there were 885 objects with an installed capacity of 1.5 GW as of January 1, 2015. During 2015-2016 the number of boiler-houses has at least doubled.

“We have established a new business unit, which specializes exclusively in energy willow and supports business projects on cultivation of energy plants. Last year we cultivated energy willow for our own needs and this spring we planted queen cell. We have bought Swedish breeds and, as a result, during two months some seedlings of energy willow have reached 1.8 meters high,” notified the development director of Ukragroenergo (a part of Ukrteplo, specializing in energy plants) Sevastian Trushevskyi.

Ukrteplo provides a full range of services for the companies that cultivate energy plants:

·        field trip to the place of energy plant cultivation;

The Group of Companies Ukrteplo is likely to buy chips of energy willow partly for its own needs, since the company owns an all-Ukrainian network of boiler plants operating on renewable sources.